This study followed children with Autism Spectrum Disorder (ASD) from early intervention into their early schooling years, when they were aged between 6 and 9 years, on autism symptom severity and cognitive functioning. The children, matched at pre-intervention, were compared on type of community provided service: 31 were in receipt of community-based group Early Start Denver Model and 28 had received other community provisions for ASD. Irrespective of groups, cognitive functioning was found to have significantly improved by school age compared to pre-intervention. Autism symptom severity increased during the same developmental period, seemingly driven by an increase in restricted and repetitive behaviours over time. In contrast, both groups displayed improved social affect by school age. 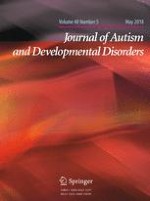