Although research on dating violence has increased in the last decades, little is known about the role of romantic attachment and conflict resolution in understanding victimization by an intimate partner among adolescents. This study examined the relationships between insecure attachment styles, destructive conflict resolution strategies, self-reported and perceived in the partner, and psychological and physical victimization by a dating partner in 1298 adolescents (49% girls). Anxious attachment was related to both forms of victimization via self-reported conflict engagement and conflict engagement attributed to the partner among boys and girls. Moreover, both insecure attachment styles were also indirectly linked to victimization via self-reported withdrawal and conflict engagement perceived in the partner, but only among boys. The implications of the findings for promoting constructive communication patterns among adolescents for handling their relationship conflicts are discussed. 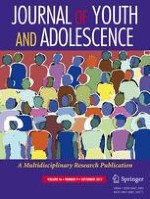