To evaluate the quality of contemporary secondary prevention of cardiovascular disease (CVD), and the differences between six ethnic groups in a large, observational cohort.

We included participants with a self-reported history of CVD from the HEalthy LIfe in an Urban Setting (HELIUS) study, which investigates inequalities in health between six ethnic groups living in Amsterdam, the Netherlands. We quantified the proportions of patients who were at the preventive treatment goal according to the guidelines of the European Society of Cardiology for six risk factors: hypertension, dyslipidaemia, smoking, overweight, physical inactivity and diabetes mellitus, and the use preventive medication.

Of 22,165 participants, 1163 (5%) reported a history of CVD. Mean age was 54 years. Overall, 69% had a systolic blood pressure of <140 mm Hg, and 42% had a low-density lipoprotein (LDL) cholesterol of <2.5 mmol/l. Non-smoking was found in 67%. Body mass index (BMI) <25 kg/m2 was found in 24%, and 54% reported adequate physical activity. The mean number of risk factors per patient was three (±1.1) out of six, and only 2% had all risk factors on target. Across the ethnic groups, non-smoking was more prevalent in the Ghanaian and Moroccan groups than in the Dutch (p < 0.001 and p = 0.001, respectively); BMI <25 kg/m2 and adequate physical activity were less prevalent among all ethnic minority groups compared with the Dutch group.

We found large treatment gaps in secondary prevention of CVD. Ethnic differences in risk factors were found; however, strategies to improve overall risk factor management may be mandated before designing ethnic-specific strategies. 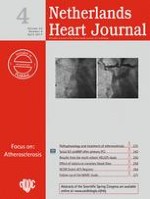