Teen dating violence and sexual victimization are serious public health concerns. Although research has highlighted the correlates and consequences of such abuse, little is known about early antecedents. The current study sought to identify the risk and protective factors evident in early adolescence that are associated with sexual and dating violence victimization in late adolescence. The sample involved 236 (52 % female) low-income Latino (69 %) and African American (31 %) youth, their older sisters, and their mothers who were studied when youth were, on average, ages 13 and 18 years. The results indicated that early indicators of a risky lifestyle (e.g., getting drunk, having sex) and having deviant friends and siblings were associated with a higher likelihood of subsequent victimization. Mothers’ early strictness, monitoring, and conservative sexual attitudes predicted a lower likelihood of subsequent assault and served as significant buffers given specific risks, particularly for girls and Latinos. The findings suggest that behavior and social network patterns established relatively early in life increase one’s vulnerability to victimization later in life, as well as point to aspects of parenting that serve a protective function against such outcomes.
vorige artikel Pubertal Timing of Latinas and School Connectedness During the Transition to Middle School
volgende artikel Associations of Racial Discrimination and Parental Discrimination Coping Messages with African American Adolescent Racial Identity 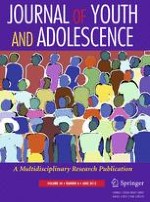 Not Just Black and White: Peer Victimization and the Intersectionality of School Diversity and Race

Robin Karr-Morse and Meredith S. Wiley: Ghosts from the Nursery: Tracing the Roots of Violence