» Toegang tot de volledige tekst krijgen
Belangrijke opmerkingen
All authors were affiliated with South London and Maudsley NHS Trust and the Institute of Psychiatry, King’s College London at the time of the study.

Autism spectrum disorder (ASD) and attention deficit/hyperactivity disorder (ADHD) are hypothesised to involve core deficits in executive function. Previous studies have found evidence of a double dissociation between the disorders on specific executive functions (planning and response inhibition). To date most research has been conducted with children. No studies have directly compared the stable cognitive profile of adults. It was hypothesised that adults with ASD would show generally intact response inhibition whereas those with ADHD would show more global impairment. Participants were 24 adults aged 18–55 with high functioning ASD, 24 with ADHD, and 14 age and IQ matched controls. Participants completed three standardised measures of response inhibition. Participants with ASD had generally intact response inhibition but slow response latencies, possibly due to deficits in response initiation. Adults with ADHD did not show the more global impairments hypothesised. There were some significant differences between the clinical groups across measures of inhibition. In terms of performance style, adults with ASD were slow and accurate whilst those with ADHD showed an impulsive style. 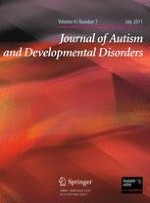 Laura Shumaker, A Regular Guy: Growing Up With Autism: A Family’s Story of Love and Acceptance

Local Information Processing in Adults with High Functioning Autism and Asperger Syndrome: The Usefulness of Neuropsychological Tests and Self-Reports

The Role of Prenatal, Obstetric and Neonatal Factors in the Development of Autism