» Naar de samenvatting
I have more than a passing interest in the papers presented in this issue of Perspectives, for two reasons. First, I am more and more convinced that educational technology—online learning, virtual patients, simulations—is an essential element in avoiding the demise of quality medical education in the face of irrevocable changes in the health care system. I have written about this issue in a previous paper in Perspectives [ 1]. Second, and more immediately, I was just discharged from hospital today where I underwent an emergency laparoscopic cholecystectomy. So the articles on simulation in learning laparoscopic skills are of more than passing interest. Indeed, in the many hours spent in emergency department waiting rooms and hospital beds, I have had more opportunity to see the products of our educational efforts at work than at any time in the past three decades.
To frame the discourse, I have two take-home messages:
1.
Digital technology can, and must, have an essential role in curriculum in health sciences in the future if our educational systems are to remain economically viable.
2.
However, much of our research is asking the wrong question. And unless we address the critical questions, the opportunity will be lost.
Them’s fightin’ words, I know. So it is time to defend myself.
Let me begin with some observations from my recent hospitalization. In order to pass the many idle hours, I tried to observe the students and professionals with a view to understanding the kind of expertise they had, and what educational events would be required to attain that expertise. One expertise that you see far too often when you’re in hospital is finding a vein. Whether it’s to start a drip or draw blood for tests, by the time you leave you have renewed sympathy for pincushions. What does it take to acquire this skill? It seemed to me based on my recent experience that, counter to my expectations, much of the expertise was perceptual—visual perception to find possible veins followed by an acute sense of touch to feel the right degree of elasticity. One nurse, in particular, scanned my arms for likely candidates like a cat stalking a field of sparrows. She would then gently touch the candidate vein to see if it had the right rebound. When she finally did insert the needle, she never missed.
When the junior medical student asked if he could examine my chest, I responded, ‘Why?’ He says he never misses the opportunity to listen to a heart, as he knows he will take a very long time until he has heard enough heart sounds to become competent at auscultation. I asked, ‘How often do you hear an abnormal sound?’ He replied, ‘About once a week.’ ‘And can you tell what you’re listening to?’ ‘Not often.’ How could he? He gets no feedback.
Both of these skills are favourites for simulation. For IV insertion, you can run the gamut from a pig’s foot, to a static plastic simulator, to a virtual reality simulator, to SimMan and its variants; the cost ranges over many orders of magnitude. But NONE of the simulators addresses the perceptual skill that the nurse displayed in scanning for veins. When I asked her how many a day she does, it was 10–20. And when I asked her how long it took her to get good at it, it was six months to a year. That is somewhere from 1,000 to 4,000 attempts. It is clear that she could not achieve anything like this degree of mastery by poking SimMan’s arm 4,000 times.
Similarly for heart sounds. A student has a vast choice of simulations, from free heart sounds downloaded from the Web, to Harvey, at $50,000 (about 35,000 Euro). While the medical student’s self-directed experience was inadequate, since he had no way to get feedback, he did recognize that to achieve mastery he was going to have to listen to a great many heart sounds. Harvey has 29—one of each condition.
And of course laparoscopy has been the subject of many simulation approaches, two of which are reported in this issue. It is more difficult for me to comment on the expertise involved in this skill, since I slept through the whole thing. But as I listened to the surgeon’s explanations before the procedure, it was evident that his expertise also amounted to direct experience with many, many variations on cholecystitis.
It seems to me that research and development in simulation has not been guided by any careful analysis of the critical elements of the task. Instead, we have adopted the maxim that more (fidelity) is better, and accepted uncritically that somehow if a simulator looks realistic, it will get the job done better than one that does not. Moreover, far too much of the research on simulation to date has focused on whether or not it shows gains compared with some kind of placebo instruction. As Ellaway [ 2] says in this issue:

We clearly need to move beyond the ‘works’/’not works’ discourse of much of the existing scholarship around virtual patients, and for that matter, around educational technologies as a whole. 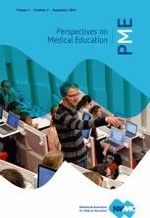 Virtual patients as activities: exploring the research implications of an activity theoretical stance