Relationships Between Level and Change in Family, School, and Peer Factors During Two Periods of Adolescence and Problem Behavior at Age 19 | mijn-bsl Skip to main content
TOOLBAR 1 2 3 4
ZOEKEN MENU 1 2 3 4

While prior research has examined family, school, and peer factors as potential predictors of problem behavior, less attention has been given to studying when these factors are most predictive of problems and if and when changes in these factors signal risk. Using annual data on a community sample of 1,040 individuals (47% female; 81% White), this study models growth in risk and protective factors during two developmental periods (Grades 5–8 and Grades 9–12) in order to predict substance misuse and crime at age 19. For protective factors of positive relationships with family and positive bonds to school, both the levels of these factors at Grade 5 and change between Grade 5 and Grade 8 predicted substance misuse and crime in early adulthood. Higher likelihoods of both forms of problem behavior also were predicted by increases in the risk factor of exposure to negative peers between 5th and 8th grade. In the late adolescent period, levels at 9th grade of all risk and protective factors examined predicted both substance misuse and crime. Also, increases in exposure to negative peers in late adolescence predicted greater likelihoods of both forms of problem behavior, while greater risk of substance misuse was predicted by decreases in school bonding and academic achievement, and greater risk of crime was predicted by worsening relationships with family. The results add to prior research by indicating that in addition to the level, change in risk and protective factors during these two stages of development can be signals of risk and are promising targets for intervention. 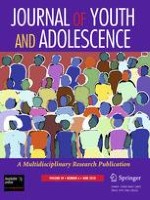 Change in Ethnic Identity Across the High School Years Among Adolescents with Latin American, Asian, and European Backgrounds