Both negative future orientation and elevated callous-unemotional (CU) traits are well-established predictors of delinquency during adolescence. However, CU traits have been related to a grandiose self-worth, which is not consistent with a pessimistic outlook towards the future. We examined whether the association between future orientation and CU traits differs depending on whether the optimism was specific to prosocial outcomes (e.g., success with family, jobs, and education) or whether it was measured as more general optimism for success or self-esteem. We also examined the association between future orientation and CU traits controlling for the main and interactive effects of delinquency. The sample included male adolescents (n = 1216) who were arrested for the first time for a moderate level offense. Results revealed that CU traits were negatively related to future optimism and self-esteem, irrespective of whether this outcome was measured as expectations (r = −0.33, p < 0.01) and aspirations (r = −0.38, p < 0.01) for success in prosocial outcomes or as a more general indicator of optimism (r = −0.24, p < 0.01) and self-esteem (r = −0.34, p < 0.01). Further, CU traits continued to be negatively associated with an optimistic view of the future (β = −0.24, p < 0.001), even when considering both the main and interactive effects of self-reported delinquency. Thus, this negative cognitive style needs to be considered as possibly contributing to the risk for later antisocial behavior experienced by youth with elevated levels of CU traits.
vorige artikel Empathy and Positive Aspects of Adolescent Peer Relationships: a Scoping Review
volgende artikel Characteristics of Psychological Crisis and its Risk Factors Among Adolescents in China 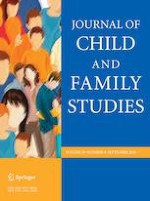 Parental Support, Health, and Cyberbullying among Adolescents with Intellectual and Developmental Disabilities

Bullying and its Influence on Well-Being in Adopted Adolescents

Sources of Stress and Barriers to Mental Health Service Use Among Asian Immigrant-Origin Youth: A Qualitative Exploration