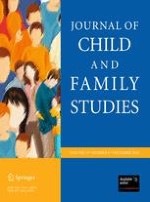 Parental Depression and Divorce and Adult Children’s Well-Being: The Role of Family Unpredictability

Psychotropic Medication Use for Youth in Residential Treatment: A Comparison Between Youth with Monopharmacy Versus Polypharmacy