The aim of the present study was to (a) extend previous eyewitness research in autism spectrum disorder (ASD) using a live and personally experienced event; (b) examine whether witnesses with ASD demonstrate a facilitative effect in memory for self- over other-performed actions; (c) explore source monitoring abilities by witnesses with ASD in discriminating who performed which actions within the event. Eighteen high-functioning adults with ASD and 18 age- and IQ-matched typical counterparts participated in a live first aid scenario in which they and the experimenter each performed a number of actions. Participants were subsequently interviewed for their memory of the event using a standard interview procedure with free recall followed by questioning. The ASD group recalled just as many correct details as the comparison group from the event overall, however they made more errors. This was the case across both free recall and questioning phases. Both groups showed a self-enactment effect across both interview phases, recalling more actions that they had performed themselves than actions that the experimenter had performed. However, the ASD group were more likely than their typical comparisons to confuse the source of self-performed actions in free recall, but not in questioning, which may indicate executive functioning difficulties with unsupported test procedures. Findings are discussed in terms of their theoretical and practical implications. 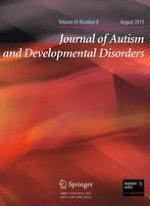 Match or Mismatch? Influence of Parental and Offspring ASD and ADHD Symptoms on the Parent–Child Relationship

An Examination of Iconic Memory in Children with Autism Spectrum Disorders