Bias in diagnostic reasoning can potentially lead to severe consequences. We explored how to design an experiential learning workshop in a general practice clerkship to raise awareness on bias.

A group of 12 students was split into two groups. Both groups ‘diagnosed’ two patients in two case studies. Only one group, without them knowing, were given a case including salient distracting features. The whole group discussed the influence of these distractors. In the second round all students had salient distracting features in their case descriptions but only one group had a debiasing tool, a checklist to reconsider their first diagnosis, which they discussed in the final large group discussion.

Students were misled by salient distracting features and thus experienced how one small difference in a case description may lead to a different diagnosis, due to bias. The debiasing tool was regarded with scepticism. Afterwards, students indicated that, thanks to experiencing bias themselves, they felt better equipped to recognize the risk of bias. 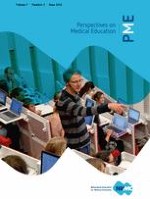