We developed an online questionnaire including different aspects of CMD which was reviewed by an expert panel. The questionnaire was distributed by e‑mail among all members of the Dutch Society of Cardiology.

A total of 103 cardiologists (70% male) completed the questionnaire (response rate: 10%). Median age and years of experience as a cardiologist were 49 ± 15 and 12 ± 12 years, respectively. Overall, 93% of the cardiologists had considered the CMD diagnosis, 85% had ever made such a diagnosis, 90% had treated a patient with CMD, and 61% had referred patients to tertiary care. The median (interquartile range) self-rated knowledge level was 7.0 (2.0) (scale of 0–10). 84% rated their knowledge as sufficient (>5.5) and 58% viewed CMD as a disease entity. Overall, 61% and 17%, respectively, agreed that evidence-based diagnostic and treatment modalities for CMD do not exist, while 56% believed that CMD patients have a higher risk for cardiovascular disease and mortality. Finally, 82% of the responders stated that a CMD guideline is needed, and 91% wanted to receive the guideline once developed.

Fifty-eight per cent of the responders recognise CMD as a separate disease entity. Our study underscores the need for a dedicated CMD guideline for Dutch cardiology practice. However, the response rate was low (10%), and it is likely that mainly cardiologists interested in CMD have participated in our study. 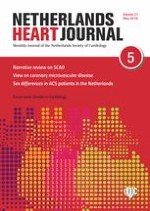 Heart disease in women: the role of imaging