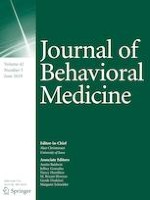 Cognitive–affective depressive symptoms and substance use among Latino and non-Latino White patients in HIV care: an analysis of the CFAR network of integrated clinical systems cohort

The forgotten faces of the fourth trimester: Improving postpartum healthcare of mothers and their families in the United States