» Toegang tot de volledige tekst krijgen
Belangrijke opmerkingen
Michael Rutter’s epidemiological studies into adolescence were much influenced by Daniel Offer’s concepts and findings. Although the two of them never worked together Daniel Offer was a mentor at a distance. Michael Rutter’s research interests have particularly concerned the need to integrate social, genetic and developmental research perspectives and, amongst other things, this has led to a major interest in the phenomenon of resilience.

Daniel Offer’s seminal writings in the 1960s led to a realization that normal adolescence was not characterized by turmoil and upheaval, the then prevailing view that derived from studies of clinical samples. In this paper, the research findings that have appeared over the last four decades are reviewed with respect to the overall features of adolescence, the psychopathological changes in the teenage years, brain development during adolescence and neuroendocrine changes. The possible pathways involved in adolescent transitions are considered with respect to depression, drug use/abuse, antisocial behavior, schizophrenia and suicidal behavior. Conclusions are drawn on the operation of a range of multi-step causal pathways and implications for policy and practice are discussed. 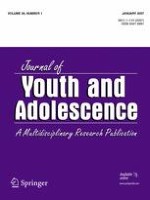 Daniel Offer, M.D.: A Narrative of the Life of an Empiricist

Reflections on a Legendary Contribution to the Empirical Study of Adolescence