This cross-sectional study was approved by the local ethical committee. Headmasters of primary schools were approached by telephone about the study and they received information about the study via e-mail and during a face-to-face meeting. The schools provided general information to the parents by e-mail to announce the study. In addition, the teachers sent more detailed information, as well as active consent forms to the parents about the study, also via e-mail.
The children completed the questionnaires during regular classes. A master’s student in psychology was present in the classroom to provide help to children if necessary. Completing the questionnaires took the children approximately 25 min.

The screen for child anxiety related emotional disorders (Birmaher et al. 1997), Dutch revision by Muris, Merkelbach, Schmidt and Mayer (Muris et al. 1999a), is a questionnaire suitable for screening childhood anxiety disorders, also in community populations. It assesses a range of DSM-IV-based anxiety symptoms: panic disorder (13 items), generalized anxiety disorder (9 items), social phobia (9 items), separation anxiety disorder (12 items), obsessive compulsive disorder (9 items), post-traumatic stress disorder (4 items), and specific phobia (15 items). The SCARED-R possesses good internal consistency for total and subscales scores (Muris et al. 2004; Muris et al. 2001; Muris et al. 1999b), satisfactory test–retest reliability (Muris et al. 1999) and discriminates well between anxiety problems and other behavioral problems (Muris et al. 2004). This study used the SCARED-71, which adds an extra five items to the social phobia scale (Bodden et al. 2009). The SCARED-71 was found to be a useful anxiety screening tool in primary school children, because the instrument discriminates between children with and without an anxiety disorders and predicts specifically separation anxiety disorder, social phobia and specific phobia (Simon and Bögels 2009). All items were rated on a 3-point scale (0 = almost never, 1 = sometimes, 2 = often), and a total score (ranging 0–142) was obtained by adding the items. The homogeneity of the SCARED-71 in this study was good, with α = .96 for the total score and α ranging from .80 to .87 for the subscales.

There were only five missing values (<0.3 %), which were replaced by the item’s median. The internal consistencies of the scales of the AFQ-Y and the SCARED-71 were determined with Chronbach’s α. The relationship between (the various types of) anxiety and psychological inflexibility (and its subscales) were examined with Pearson’s r correlations. Furthermore, independent-samples t-tests were applied to explore differences on the variables of psychological inflexibility between children with anxiety scores within the clinical range and children with scores within the “normal” range (Bodden et al. 2009). These analyses were performed with the IBM Statistical Package of Social Sciences (IBM SPSS), version 21.
Confirmatory factor analysis was used to study the factor structure of the AFQ-Y, using the LAVAAN (Rosseel 2012) package for R (R Core Team 2013). We examined the supposed three-factor structure as well as a one-factor structure of the 17-item version of AFQ-Y. Additionally, we examined the one-factor structure of the eight items that constitute the AFQ-Y8, the shortened (8 items) version of the AFQ-Y. We also tested measurement invariance of the AFQ-Y8 one-factor model across boys and girls. To test measurement invariance we ran a number of models based on the procedure proposed by van de Schoot, Lugtig, and Hox (Van de Schoot et al. 2012).
The relative chi-square (χ²/df), the comparative fit index (CFI), the Tucker Lewis Index (TLI) and the root-mean-square error of approximation (RMSEA) were used as fit indices. To determine the presence of a good fit we applied the most stringent cut-off values of <2 for the relative chi-square (Arbuckle 2011), >.95 for the CFI and TLI (Kline 1998, 2011; Tabachnick and Fidell 2007) and <.06 for the RMSEA (Arbuckle 2011). Adequate fit is indicated when CFI and TLI exceed .90 and RMSEA is lower than .08.

Descriptives and Internal Consistencies of Psychological Inflexibility and Anxiety

Confirmatory Factor Analysis of the Avoidance and Fusion Questionnaire for Youth

Relationship Between Psychological Inflexibility and Symptoms of Anxiety in Children

This study was performed in a community sample. On the one hand, this yields information for scientists and clinicians who seek to diminish early forms of dysfunctional anxiety. Prevention and early intervention initiatives usually recruit children from community samples. On the other hand, the fact that this study was performed in a community population hinders the generalizability of the findings to clinical populations. Clinical cut-offs still need to be determined. Therefore, it is of importance to replicate this study in children who were referred for their anxiety to a mental health center.
We did not collect information on the possible presence of anxiety disorders, but only used a questionnaire to measure symptoms of anxiety in children. Although the SCARED-71 has been validated (Bodden et al. 2009) and has been found to be predictive of anxiety disorders (Simon and Bögels 2009), the use of a diagnostic measure would provide more insight into the severity and the level of dysfunction of the child’s anxiety. In addition, we did not collect any information on possible comorbid difficulties, such as depression.
In addition, we replaced the missing values by the item’s median, which can be considered as a relatively unsophisticated strategy of replacing missing items. However, there were only a few missing items (<0.3 % of the items), and we prefer using straightforward analytic procedures whenever possible. Because of the large sample size and the small number of missing items, more complex methods were unlikely to change parameter estimates appreciably.
Finally, although this is the first study to examine the usefulness of the Dutch version of the questionnaire and the validity of the international version has been thoroughly examined in earlier studies, a full evaluation of the instrument requires that the validity and reliability of the questionnaire needs to be established more thoroughly in this age group. The predictive validity of the Dutch AFQ-Y8, and its construct and discriminant validity should be measured in various populations, psychological flexibility should be related to various constructs and types of psychopathology, and the AFQ-Y8 should be assessed at multiple points in time. Additionally, we did not test the validity of the AFQ-Y8 separately, but, instead, distilled the scores on the items from the completed 17-item versions of the AFQ-Y. Future investigators are advised to examine the validity of the AFQ-Y8.

The authors declare that they have no competing interests.
Open AccessThis article is distributed under the terms of the Creative Commons Attribution 4.0 International License (https://​creativecommons.​org/​licenses/​by/​4.​0), which permits use, duplication, adaptation, distribution, and reproduction in any medium or format, as long as you give appropriate credit to the original author(s) and the source, provide a link to the Creative Commons license, and indicate if changes were made.
vorige artikel Validity and Reliability of the Parenting Stress Index Short Form (PSI-SF) Applied to a Chilean Sample
volgende artikel Family Conflict Moderates the Relation Between Negative Mood and Youth Internalizing and Externalizing Symptoms
insite
INHOUD
share
DELEN 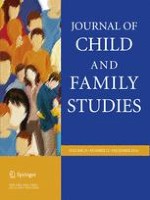