We investigated academic and behavioral outcomes of internationally adopted children and the associations between these outcomes and age at adoption, time spent in the adoptive family, and parenting. At two time points (T1 and T2, ~15 months apart), we examined early academic skills (school readiness), and parent-reported behavioral adjustment (internalizing and externalizing behavior) and adaptive functioning of a sample of 75 children (45.9% boys, mean age = 5.17 years) adopted from Russia into US families. We also collected parents’ self-assessments of their parenting at T1. Children who were adopted at a younger age showed higher levels of early academic skills. Correlations between age at adoption and other outcomes were overall small and mostly non-significant. However, adoptees’ academic and behavioral progress differed notably in several respects. Specifically, adoptees improved in early academic skills over time, whereas, as a group, their adaptive functioning and behavioral adjustment remained stable within the normal range. Early academic skills were not related to behavioral adjustment at each time point and over time. The time spent in the adoptive family was positively related to early academic skills at T2. Whereas outcomes showed little to no relation to parenting as reported by mother and father separately, higher discrepancies between mothers' and fathers' reports of positive parenting were related to higher levels of behavioral symptoms and lower levels of adaptive skills at T2. These differential results may be explained in part by drawing upon the notion of dissociated domains of psychological and sociocultural adaptation and acculturation, outlined in the immigration literature. These results also bring to light the possible importance of between-parent consistency in parenting for adoptees’ behavioral outcomes. 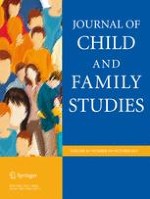 Predictors of Emotional Security in Survivors of Interpersonal Violence

The Relationship between Cultural Identification, Family Socialization and Adolescent Alcohol Use among Native American Families

Erratum to: Loneliness and Social Support in Adolescent Boys with Attention Deficit Hyperactivity Disorder in a Special Education Setting