Despite high rates of intimate partner violence (IPV) among teens who are pregnant or parenting, the field is lacking evidence-based prevention programs designed for this population. The purpose of this study was to comprehensively adapt the evidence-based Safe Dates IPV prevention program and conduct a pilot study of the adapted program with female teens who were pregnant or parenting. We completed formative research including a literature review, focus groups, and pre-testing of adapted content to inform the revised curriculum. We then conducted a randomized controlled trial with 32 teens (average age = 17) to compare the adapted program to the original program on implementation characteristics and outcomes, including IPV perpetration and victimization. Directions of effect favored the adapted program over the original program for 18 out of 21 implementation outcomes for which models could be estimated and for 11 of 12 participant outcomes. The strongest effects, all favoring the adapted program, were found for observer-reported adherence to the curriculum, participant ratings of the relevance of characters and scenarios, participant knowledge of ways to get help for abuse, and attitudes toward IPV. These findings demonstrate the feasibility and acceptability of the adapted program for this target population and suggest that the program may be efficacious when evaluated in a larger study.
vorige artikel Psychosocial Interventions for Children With Externalized Behavior Problems: An Updated Meta-analysis of Moderator Effects
volgende artikel Associations between Parent Restrained Eating, Conflict, and Adolescent Eating (in Latinx Sample) 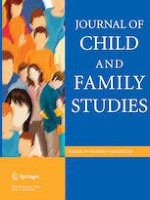 Are all Burned Out Parents Neglectful and Violent? A Latent Profile Analysis

Is High Family SES Positively Associated with Youth Adjustment in the Absence of Parent–Child Genetic Connection?

“Listening In”: Improving the Science and Practice of Mentoring Through Naturalistic Observations of Mentor–Mentee Relationships