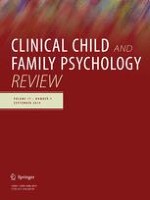 Why So Many Arrows? Introduction to Structural Equation Modeling for the Novitiate User

Callous-Unemotional Traits and the Treatment of Conduct Problems in Childhood and Adolescence: A Comprehensive Review