The present study examined preschool neuropsychological measures as predictors of school-age attention deficit hyperactivity disorder (ADHD). Participants included 168 children (91 males) who completed neuropsychological measures at ages 3 and 4, and who were evaluated for ADHD and oppositional defiant disorder at age 6. The Conners’ Kiddie Continuous Performance Test (K-CPT), NEPSY Statue subtest, and a delay aversion task significantly distinguished at-risk children who later did and did not meet criteria for ADHD, with poor to fair overall predictive power, specificity, and sensitivity. However, only the K-CPT ADHD Confidence Index and battery added incremental predictive validity beyond early ADHD symptoms. This battery approach, which required impairment on at least 2 of the 3 significant measures, yielded fair overall predictive power, specificity, and sensitivity, and correctly classified 67 % of children. In addition, there was some support for the specificity hypothesis, with evidence that cool executive function measures (K-CPT and Statue subtest) tended to predict inattentive symptoms. These findings suggest that neuropsychological deficits are evident by preschool-age in children with ADHD, but neuropsychological tests may still misclassify approximately one-third of children if used alone. Thus, neuropsychological measures may be a useful component of early ADHD assessments, but should be used with caution and in combination with other assessment methods. 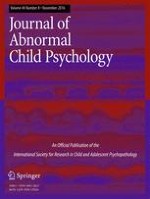