Febrile seizures is the most common type of seizure in childhood, affecting 2–5% of all children between 3 months and 5 years of age (Forsgren et al. 1990; Hauser 1994). It is believed that both genetic and early environmental factors play a role in the etiology of the disease (Berkovic and Scheffer 1998; Vestergaard et al. 2002), and several studies suggested that prenatal factors may influence the risk of febrile seizures (Cassano et al. 1990; Greenwood et al. 1998; Nelson and Ellenberg 1990; Vestergaard et al. 2002, 2005).
Mounting evidence indicates that prenatal stress can have programming effects on brain development (Seckl and Holmes 2007; Van den Bergh et al. 2005; Welberg and Seckl 2001), which may underlie the link between prenatal factors and some neurological disorders in childhood. Stress hormones, such as glucocorticoids and corticotrophin-releasing hormone (CRH), are related to alterations in the fetal central nervous systems (Seckl 2004; Wadhwa 2005; Weinstock 2005). Both endogenous and synthetic glucocorticoid exposure may modify the neurotransmitter systems and transcriptional machinery with impact on brain morphology (Barrot et al. 2001; Kapoor et al. 2006). Some studies have shown that severe stress may cause structural changes the hippocampus and decrease the seizure threshold (Edwards et al. 2002; Brunson et al. 2003; Vishai-Eliner et al. 2002). Other studies indicate that early changes in function and structure in the neurological system following stress contributes to the susceptibility to febrile convulsions, afebrile seizures, and epilepsy (Forsgren et al. 2005; Greenwood et al. 1998; Lilienfeld and Pasamancick 1955; Ottman 1992; Scher 2003; Weinstock 2001). A recent animal study indicated that rats have a higher risk of seizures when exposed to stress in prenatal life, in particular during the latter half of pregnancy (Edwards et al. 2002). As far as we know, no data on humans have been published.
We hypothesized that stress hormones in pregnant mothers could cross the placenta and enter the fetal circulation (Gitau et al. 1998), which may program brain development in fetus (Seckl 2004). In a nationwide cohort with almost complete follow up, we examined the association between prenatal stress following bereavement and the risk of febrile seizures in children. We expected that the association is stronger if the mothers experienced bereavement due to unexpected death than other causes of death (Hansen et al. 2000; Li et al. 2003; Sweeting and Gilhooly 1990). We also assumed that loss of a child was more severe than loss of other relatives (Skodol and Shrout 1989), and that the effect of prenatal stress on the risk of febrile seizures varied with timing of bereavement (Seckl 2004).

This is a population-based cohort study based on data from nationwide registers, which has been described elsewhere (Li et al. 2008). In short, we used data from the Danish civil registration system (CRS; Pedersen et al. 2006) to identify all singletons born in Denmark between January 1, 1978, and December 31, 2002, ( N = 1,431,175) and their next of kin (mother, father, siblings, mother’s siblings, and mother’s parents). The date of conception was estimated by the date of birth minus gestational age, and the prenatal period included from 12 months before conception until the birth of the child. We categorized children as exposed to bereavement during prenatal life if their mothers lost a child, husband, sibling, or a parent during the prenatal period. The remaining children were included into the unexposed cohort. Cohort members were followed from 3 months of age until the first diagnosis of febrile seizures, death, emigration, until they reached 5 years of age, or 31 December 2006, whichever came first.

Information on febrile seizures for both index children and mothers was obtained from the National Hospital Register (Andersen et al. 1999), which holds information on all discharges from Danish hospitals since 1977; outpatients have been included in the register since 1995. Diagnostic information is based on the Danish version of the International Classification of Diseases, eighth revision (ICD-8) from 1977 to 1993, and the International Classification of Diseases, tenth revision (ICD-10) from 1994 onwards. All treatments in Danish hospitals are free of charge for all residents. Cohort members were classified with febrile seizures case if they had been hospitalized or had been in outpatient care with a febrile seizures diagnosis (ICD 8 code 780.21 or ICD 10 codes R56.0) between 3 months and 5 years of age and they had no history of epilepsy (ICD 8 codes 345, ICD 10 codes G40-G41, R56.8), no history of intracerebral infections (ICD 8 codes 320–323, ICD 10 codes G00–G09), and no history of cerebral palsy (IDC 8 codes 343–344, ICD 10 codes G80–83).

Perinatal factors (gestational age, birth weight, sibling order, Apgar score at 5 min) were retrieved from Medical Birth Register, which was established in 1968 and has been computerized since 1973 (Knudsen and Olsen 1998). It holds data on all live births and stillbirths in Denmark, including characteristics of mother and child and data on pregnancy and delivery. Socio-demographic factors (paternal age, maternal age, residential place, maternal education, maternal income, and maternal cohabitation status) were obtained from the Integrated Database for Longitudinal Labour Market Research, which contains longitudinal information on demographic variables and socioeconomic data from 1980 onwards (Denmark Statistics 1991).

We used Cox regression model (SAS PROC PHREG procedure, version 9.1) to estimate hazard ratios (HRs). The option of COVSANDWICH (AGGREGATE) was applied by using maternal CPR as ID in the model to treat all siblings from the same mother in a matched set, in order to take into account the common familial factors, such as genetic predisposition and family environment. To examine whether the associations depended on type of bereavement, we first categorized the exposure into two groups by the relation of mothers to the deceased: loss of a child and loss of other relatives. We further categorized the exposure by the causes of death into two groups: unexpected death (unexpected causes, ICD8 codes 7950–7959, ICD 10 codes R95–R97, motor vehicle accidents, ICD8 codes 8100–8230, ICD10 codes V01–V89, suicide, ICD8 codes 950–959, ICD10 codes X60–X84, other accidents and violence, ICD8 codes 800–807, 825–949, 960–999, ICD10 codes V90–V99, W00–X59, X85–Y89), and death by other causes. The exposure window was divided into five periods (12–7 months before conception, 6–0 months before conception, first trimester, second trimester, and third trimester) to examine whether exposure at different time periods in fetal development have different effects on the brain with regard to the risk of febrile seizures.
We adjusted for the following factors that have been suggested to be potentially associated with both prenatal stress and febrile seizures (Cassano et al. 1990; Greenwood et al. 1998; Nelson and Ellenberg 1990; Vestergaard et al. 2002, 2005): gender (male, female), birth year (1978–1986, 1987–1995, 1996+), gestational age (less than 37 weeks, 37+ weeks), Apgar score at 5 min (0–7, 8–9, 10, unknown), sib order (1, 2, 3, 4 + , unknown), paternal age group (<29, 29–33, 34 years and over), maternal age group (<27, 27–30, 31 years and over), maternal residential place (Capital city of Copenhagen, cities with over 100,000 inhabitants, other places), maternal education (0–9, 10–11, 12+ years), maternal income (lowest quartile, second quartile, third quartile, highest quartile in the calendar year), parental cohabitation status (yes, no). In sub-analyses, we performed separate analyses in boys and girls, and in children with or without optimal birth characteristics (birth weight > 2,500 g, gestational age > 37 weeks, and Apgar score of 10).

The risk of febrile seizures in children exposed to stress during prenatal life was similar to what was seen among the unexposed children. We consider it unlikely that prenatal severe stress have a programming effect on the risk of febrile seizures in early childhood in humans although animal studies have indicated such an association. We found no support for our hypothesis.
Most etiological studies on febrile seizures have focused on genetic factors (Berkovic and Scheffer 1998; Vestergaard et al. 2002), but the fact that risk of febrile seizures increases with deceasing birth weight and gestational age indicates an effect of early environmental factors. However, only a few prenatal environmental factors have been identified and studies often provided conflicting results (Cassano et al. 1990; Greenwood et al. 1998; Nelson and Ellenberg 1990; Vestergaard et al. 2002, 2005). For example, maternal smoking or alcohol consumption were associated with an increased risk of febrile seizure in some (Berg et al. 1995; Cassano et al. 1990; Nelson and Ellenberg 1990), but not all studies (Bethune et al. 1993; Vestergaard et al. 2005).
On the other hand, evidence from both animal and human studies suggests that prenatal exposure to stress or glucocorticoids, manifested by non-optimal intrauterine environment, may play an important role in brain development via ‘fetal programming’(Drake et al. 2007). In a recent study, psychological stress associated with the World Trade Centre attacks was associated with reduced infant head circumference at birth (Engel et al. 2005). Another study found that severe stress in mothers increased the prevalence of congenital malformations in children (Hansen et al. 2000). The long-term effects of fetal glucocorticoid exposure in humans are not well examined (Aghajafari et al. 2001). To our knowledge, our study is the first population based study to investigate the association between prenatal stress and subsequent febrile seizures risk.
We also attempted to examine a possible ‘dose-response’ association with bereavement by stratification on causes of death and mother’s relationship to the deceased because unexpected death and loss of a child seem to be more stressful than other types of bereavement (Hansen et al. 2000; Li et al. 2003; Sweeting and Gilhooly 1990). However, we found no evidence of a dose-response-like pattern. Although it has been suggested that stress occurred at different prenatal periods could affect the fetus differently (Drake et al. 2007), we observed no elevated risk across the periods of before conception or during three trimesters. These findings suggest that even the most severe form of prenatal stress has no substantial programming effects on the development of febrile seizures in later life.
Our study has important strengths. It is a large population-based cohort consisting of all children born in Denmark from 1978 to 2002 and we have the information on hospitalization for all these children from birth to 5 years of age. Bias due to selection of study participants and non-response are, therefore, an unlikely explanation for our findings. Registration of day of death in the Danish CPR register has a high validity with a completeness close to 100%, making our exposure information accurate Pedersen et al. 2006). Furthermore, the validity of Febrile seizures in Danish Hospitalization Register has been shown to be high with a predictive value of 92.8% (95% CI 88.5–95.7; Vestergaard et al. 2006). Lastly, we were able to adjust for a number of potential confounders including gender, sib order, age of mother and father, socioeconomic factors.
The study is limited by the fact that we had no data on glucocorticoids changes in mothers following bereavement. It is, however, not realistic to have biological measurements for such a large study population. And a large body of literature has demonstrated that bereavement is one of the most stressful life events (Holmes and Rahe 1967; Osterweis et al. 1984), followed by a substantial physiological response in the neuroendocrine systems. Those changes include altered HPA axis, hypothalamic dysregulation, and excessive secretion of CRH and cortisol (Goodkin et al. 2001). In conclusion, we found no evidence for an increased risk of febrile seizures in children born to mothers who experienced bereavement by death of a close family member during the prenatal period. 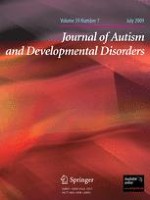 Rebecca Chilvers: The Hidden World of Autism: Writing and Art by Children with High Functioning Autism, Foreword by Uttam Chowdhury

Confirmatory Factor Analysis of the Child Behavior Checklist 1.5–5 in a Sample of Children with Autism Spectrum Disorders