Although personal vulnerabilities, such as distress, have been identified as factors that elevate physical child abuse risk, relatively less literature has clarified the added contribution of parents’ maladaptive cognitive processes that can theoretically impact a parent’s physical discipline decisions and abuse risk. Moreover, the existing literature has been dominated by the use of single measures of hypothesized predictors and parental abuse risk to investigate their association. Indeed, measures of such predictors often evidence considerable conceptual or item overlap with the measure of the intended dependent variable of physical abuse risk, which could artificially magnify observed associations. Therefore, the current study employed multiple indicators for risk factors while also assessing parental child abuse risk in a number of ways, including the perspective of more than one informant. A sample of 95 mothers reported on their distress and social support as well as on the cognitive processes of empathic ability and negative attributions of child behavior whereas children reported on their parents’ positive and negative parenting. Results indicated that, beyond the major role of distress, mothers’ social support buffered the relation between distress and abuse risk, and low empathy and negative child attributions further exacerbated maternal abuse risk. Findings are discussed in terms of the need for continued research on such therapeutically meaningful cognitive processes capitalizing on more comprehensive assessment approaches for the variables of interest that can be applied to child abuse prevention efforts. 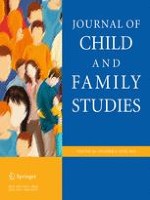 The Perceived Parental Support, Autonomous-Self and Well-Being of Adolescents: A Cluster-Analysis Approach