Extreme levels of certain temperament traits can be early markers of different developmental pathways of attention-deficit/hyperactivity disorder (ADHD). However, the long-term utility of using these traits as predictors of ADHD is not fully known. This study includes 64 male adolescents (M age = 13.5), who have been followed since birth as part of a longitudinal study. The primary aim was to test effortful control (EC), activity level, and anger, measured in early childhood – both with mother’s reports and laboratory assessments –as predictors of ADHD symptoms in adolescence. Further, we investigated the specificity of this prediction to the different ADHD symptom domains. The results demonstrated that early temperament dimensions of EC and activity level were predictive of ADHD symptoms about 10 years later, when the participants reached adolescence. Moreover, activity level showed specificity only to hyperactivity-impulsivity symptoms whereas EC was a predictor of the two symptom domains. Anger had a predictive correlation with ADHD symptoms; however, it did not have a unique predictive contribution. These results emphasize the relevance of EC and activity level in the developmental course of ADHD. Identification of early risk factors can lead to more efficient design and implementation of intervention programs. 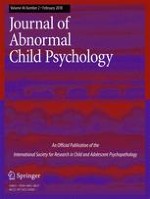 Gene-Environment Interactions in ADHD: The Roles of SES and Chaos