Phenylketonuria (PKU) still poses a therapeutic challenge for patients and medical professionals. The aim of the study was to assess both patients’ and their parents’ acceptance of the disease.

The study included 218 PKU patients and 178 parents of PKU children who were enrolled in the study on the basis of questionnaire data.

Regarding attitude towards the disease, our study demonstrated that 63 (28.9 %) PKU patients did not accept the disease. Patients who found accepting the disease difficult, more frequently perceived themselves as inferior/different in comparison with their peers. In total, 36 % of patients did not want their friends to be aware of their condition, while only 18 % of parents believed that their children’s peers should not know about their disease. In total, 42 % of parents wanted to talk to other parents of PKU children and only 13 % to a doctor. Only 20 % of patients saw the need to discuss their condition with a doctor. In total, 8 % of children, regardless of age, and 14 % of parents preferred to talk to a psychologist.

Our data demonstrated that disease acceptance played an essential role in patients’ social integration. The study also indicated the need to overcome communication barriers between patients and their healthy peers and for patients to find the courage to be open about the disease. The importance of support groups for PKU families and the significance of strict cooperation between patients and their families with PKU treatment teams were also revealed.
Opmerkingen
Polish Society of Phenylketonuria in alphabetical order.

Phenylketonuria (PKU OMIM:261600), first recognised by Dr Asbjørn Følling in 1934 and considered a prime example of predictive medicine, still poses a therapeutic challenge for both patients and medical professionals. Although the dietary management currently recommended enables PKU patients to achieve full personal and social development, for parents of an affected child, the diagnosis means living in a state of constant anxiety. The anxiety, which results from the necessity of adhering to the rules imposed by the disease, is often present from the first days of the child’s life.
The disease forces, initially, parents and subsequently patients to learn the principles of nutritional management which includes a daily meticulous control of food intake and a strict adherence to the prescribed health regimen. This means that from early infancy, the implications of the condition shape the social and psychological aspects of PKU patients’ family life. Therefore, a subjective assessment of the quality of life by PKU patients and their families is undoubtedly one of the crucial factors which influences the effectiveness of their therapy. In the case of children, it is the behaviour of adults and their attitude to the disease that affects the outcome of dietary management and the children’s acceptance of the disease.
In 1993 The World Health Organization and The International Association for Child Psychology and Psychiatry recommended self-assessment as the most appropriate method to measure children’s quality of life. Hence, information on the assessment of PKU patients’ and their families’ quality of life should enable the introduction of measures which would facilitate the effective implementation of dietary management standards and improve the families’ quality of life.
The aim of the study was to assess both patients’ and their parents’ acceptance of the disease and to analyse these attitudes in different age groups. An attempt was made to determine how disease acceptance affected patients’ self-assessment and interpersonal relationships both within the family and in a peer group.

The study included 218 individuals with classic PKU (108 females and 110 males) aged 10–35, managed in 9 specialist metabolic clinics in Poland. The PKU patients were enrolled in the study on the basis of questionnaire results. The following inclusion criteria were applied: PKU diagnosed in early infancy in a newborn screening test (at follow-up tests blood PHE concentration >20 mg/dl), exclusion of atypical forms of PKU (loading tests with phenylalanine and tetrahydrobiopterin, urinary pterin profiles), a low phenylalanine diet from early infancy, intellectual development within age norm (children within the public education system).
Individuals suffering from mild PKU and other chronic diseases were excluded from the study. Characteristics of the PKU patients are presented in Table 1.
Table 1
Characteristics of PKU patients (n = 218)
The study also included 178 parents of PKU children (132 mothers, 46 fathers). Over 70 % of them described their family’s economic conditions as very good or good, 25 % as average and 1 % as poor. More than 70 % of parents had vocational or secondary education, 25 % had higher education and 4 % had primary school education.

The study used a questionnaire designed by the research team in cooperation with clinical psychologists assisting PKU patients and their families, and experts from the Polish Society of Phenylketonuria. The questionnaire completed by the study participants has been attached.
The study was conducted during regional and national meetings of PKU families with therapists. Participation in the survey was voluntary. Members of PKU families not participating in the meetings were not approached and asked to take part in the study. The questionnaire contained 9 questions on the patients’ and their parents’ attitudes to the disease. The questions concerned the acceptance of the disease, self-perception in the context of the disease, social relations and communication needs in the family and the community. Questions for parents and children were similar in format. A Likert-type response scale was used in the survey.
The family’s socio-economic status was only assessed by the parents. Children below the age of 15 completed the questionnaire either unassisted or with the help of a qualified researcher.

All calculations were performed using the Microsoft Excel spreadsheet and STATISTICA, StatSoft, Inc., version 8.0 statistical package (data analysis software system). Statistical evaluation of quantitative data utilised the classical measures of location such as arithmetic means and medians, and measures of variation such as standard deviation and range. Normality distribution of the variables and variance equality of studied features in groups was established with the use of Shapiro–Wilk test and variance equality test. In order to compare groups in pairs for quantitative data, t test or Mann–Whitney test were used with respect to the type of distribution of the variables tested. In the case of multiple group comparison, the Kruskal–Wallis test was used as the nonparametric equivalent of one-way analysis of variance (ANOVA). In all these calculations, the statistical significance level was set at p < 0.05.

Regarding attitude towards the disease, our study demonstrated that in the group of 218 PKU patients, 63 (29 %) did not acknowledge their disease. Furthermore, out of the 178 parents surveyed, 49 (28 %) displayed a conspicuous lack of acceptance of their children’s disease (Figure 1a).
×
It was observed that parental lack of acceptance increased when the child was between the ages of 7–19 (p = 0.0111). In regard to disease acceptance by children, no differences were found between age groups (p = 0.6817).
Only 12 % of the children surveyed stated that they perceived themselves as inferior/different from their peers. However, twice as many parents (28 %) believed that their children felt inferior to their peers because of the disease. The conviction strengthened as the child grew older (Fig. 1b).
Irrespective of age, patients who found accepting the disease difficult were more likely to perceive themselves as inferior/different in comparison with their peers (p = 0.0173) and preferred not to discuss their condition with them (p = 0.0008). Similarly, parents who experienced difficulty in accepting their child’s disease were more inclined to believe that their child felt inferior/different from his/her peers (p = 0.0236) and were more likely to prefer their peers not to know about their child’s condition (p = 0.0001) (Fig. 2).
×
The study demonstrated that 64 % of the patients surveyed wanted to share knowledge of their disease with their friends, expecting their support and acceptance (59 % of PKU parents). On the other hand, 36 % of patients did not want their friends to be aware of their condition, while only 18 % of parents believed that their children’s healthy peers should not know about their disease.

The study revealed that 71 % of parents experienced anxiety about their children’s future, which increased with the child’s age, while only 42 % of patients were concerned about their future (Fig. 1c).
The study demonstrated that 66 % of children believed that PKU affected their education, which was especially evident in patients over the age of thirteen. 50 % of parents shared this opinion. Both the parents and patients, irrespective of age, expressed a strong conviction that the disease impacted on school results if it was not accepted (p = 0.1722) (p = 0.0022) (Fig. 3).
×

Discussing the disease—seeking and receiving support

The study demonstrated that 96 % of parents believed that they devoted a sufficient amount of time to discussing the disease with their children, while only 63 % of children shared this opinion.
When given the choice of discussing their condition with a professional (a doctor, a nutritionist, a psychologist) or a peer suffering from the same disease, more than half of PKU patients (56 %) named peers. On the other hand, 42 % of parents declared that they wanted to talk to other parents of PKU children and only 13 % wanted to talk to a doctor. It is remarkable that although both the parents and children consider the doctor to be the main source of information about the disease, only 20 % of patients saw the need to discuss their condition with a doctor. Only approximately 8 % of children, regardless of age, preferred to talk to a psychologist. It is worth mentioning that in the first 3 years of the child’s life, 40 % of parents preferred to consult a psychologist. The number fell to 20 % in the following three years (children aged 4–6) and further decreased to 10 % when the children reached the age of 7 (Fig. 4).
×
We would like to emphasise the fact that the study did not show a correlation between blood Phe concentration levels in the year prior to the study and the responses provided by the patients and their parents. Blood tests demonstrated that Phe levels were higher than recommended in the group of patients above the age of 14.

The study, conducted on a large group of PKU patients and their parents, demonstrated that disease acceptance played an essential role in the patients’ social integration and their perception of a future professional career. It is therefore vitally important to make a concerted effort to facilitate an appropriate attitude towards the disease in the family and to improve parent–child communication. The study also revealed the need to overcome communication barriers between patients and their healthy peers and for patients to find the courage to be open about the disease. The importance of support groups for PKU families and of strict cooperation between patients and their families with PKU treatment teams was also revealed.
Further research is needed to fully understand the reasons for lack of disease acceptance in both patients and their parents.

Informed consent was obtained from all individual participants included in the study.
Open AccessThis article is distributed under the terms of the Creative Commons Attribution 4.0 International License (http://​creativecommons.​org/​licenses/​by/​4.​0/​), which permits unrestricted use, distribution, and reproduction in any medium, provided you give appropriate credit to the original author(s) and the source, provide a link to the Creative Commons license, and indicate if changes were made.
vorige artikel Main predictors in health-related quality of life in Chinese patients with type 2 diabetes mellitus
insite
INHOUD
share
DELEN 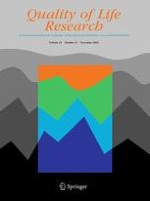