Personality and psychopathology have long been associated; however, the mechanisms that account for this link are not well understood. Stress generation and cognitive vulnerability are examined as potential mechanisms to explain the association between negative emotionality and dysphoria. To evaluate these mechanisms, college students completed measures of personality, dysfunctional attitudes, negative cognitive style, dysphoric symptoms, and negative events. Two years later the same students reported on the occurrence of negative events and levels of dysphoric symptoms that they had experienced over the 2-year follow-up period. Consistent with hypotheses, negative emotionality predicted prospective increases in dysphoric symptoms and the generation of more stressors over time. Both dysfunctional attitudes and negative cognitive style interacted with these additional stressors to predict prospective elevations in dysphoria, and these cognitive vulnerability–stress components partially mediated the association between negative emotionality and future elevations of dysphoric symptoms. 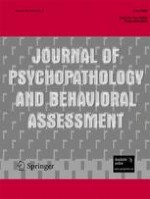 Comorbidity of Personality Disorders and Somatization Disorder: A Meta-analytic Review

Changes in Cognitive Function During Substance Use Disorder Treatment