Performance of Children with Autism on the Embedded Figures Test: A Closer Look at a Popular Task | mijn-bsl Skip to main content
TOOLBAR 1 2 3 4
ZOEKEN MENU 1 2 3 4

The Embedded Figures Test assesses weak central coherence and individuals with autism are commonly assumed to perform superiorly; however, the evidence for this claim is somewhat mixed. Here, two large (N = 45 and 62) samples of high-functioning children (6–16 years) with autism spectrum disorder performed similarly to typically-developing children on accuracy and reaction time measures; this could not be attributed to insufficient power. Inconsistent past findings are most likely due to methodological and analysis techniques, as well as heterogeneity in central coherence within autism spectrum disorders. While this task has been useful in establishing weak central coherence as a cognitive theory in autism, inconsistent past findings and its inability to disentangle global and local processing suggest that it should be used with caution in the future. 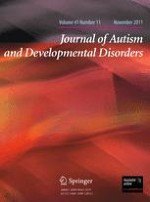 Judgments of Cause and Blame: Sensitivity to Intentionality in Asperger’s Syndrome