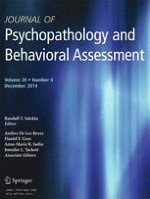 Exploring Associations Between Psychopathic Personality and Components of Disinhibition vs. Constraint