Suicide is a leading cause of death among youth worldwide, and depressed adolescents are at a significantly elevated risk to report suicidal ideation, planning, and attempts. Peer victimization is a robust predictor of adolescent suicidal thoughts and behaviors (STBs), but little research has focused on why bullying leads to suicidal thoughts and behaviors. To address this empirical gap, we recruited 340 (246 female) depressed adolescents ages 13–19 (M = 15.59, SD = 1.41) within 48 h of admission for acute psychiatric treatment. At the initial assessment, participants were administered clinical interviews characterizing psychopathology, nonsuicidal self-injury, and STBs (ideation, plans, and attempts). Further, they completed questionnaires assessing 3 forms of victimization (overt, relational, and reputational), recent risky behavior engagement, and psychiatric symptom severity. Controlling for internalizing symptoms and age, overt and reputational bullying were associated with more frequent past month suicide attempts, but not suicide ideation. Past month risky behavior engagement, but not NSSI, mediated the relation between victimization and attempts. However, sex differences revealed that this effect only held for males whereas bullying was directly associated with suicide attempts among females. In contrast, overt and relational bullying were non-linearly associated with suicide plans, and these relations were not mediated by risky behaviors or NSSI. Results highlight the complex network of factors that lead victimized adolescents to engage in STBs and may inform targeted suicide prevention and intervention programs. 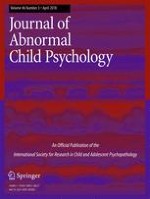 Will Victims Become Aggressors or Vice Versa? A Cross-Lagged Analysis of School Aggression