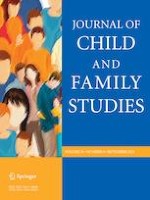 The Process Linking Child-Invested Contingent Self-Esteem and Conditional Regard: The Roles of Maternal Anger and its Regulation

Does Parenting Moderate the Association Between Adverse Childhood Experiences and Adolescents’ Future Orientation?

Childhood Maltreatment and Parental Attitudes Regarding the Use of Corporal Punishment