Survey responses from 507 Grade 4–6 children and their parents, who were primary caregivers, were analyzed. Confirmatory factor analysis was used to examine the internal structures of the seven scales, and the finalized scales have moderate to high reliabilities (Cronbach’s α values ranging from 0.74 to 0.95). Structural equation modeling analysis was applied to test the relationships between the latent variables in the proposed model.

Our findings highlighted the importance of parents maintaining harmonious relationships with their spouses and being highly involved in their children’s education, in order to provide an optimal social environment to promote children’s academic development.
vorige artikel Time-Varying Outcomes Associated With Maternal Age at First Birth
volgende artikel Associations between Mothers’ Work-Family Conflict and Children’s Psychological Well-being: The Mediating Role of Mothers’ Parenting Behavior 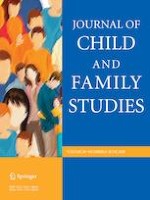