Parenting in an Individualistic Culture with a Collectivistic Cultural Background: The Case of Turkish Immigrant Families with Toddlers in the Netherlands | mijn-bsl Skip to main content
TOOLBAR 1 2 3 4
ZOEKEN MENU 1 2 3 4

Expanding our knowledge on parenting practices of immigrant families is crucial for designing culturally sensitive parenting intervention programs in countries with high immigration rates. We investigated differences in patterns of parenting between second-generation immigrant and native families with young children. Authoritarian and authoritative control and sensitivity of second-generation Turkish immigrant mothers of 2-year-old children (n = 70) and native Dutch mothers (n = 70) were observed in the home and in the laboratory. Controlling for maternal age and education, Turkish immigrant mothers were less supportive, gave less clear instructions to their children, were more intrusive and were less authoritative in their control strategies than native Dutch mothers. No differences were found in authoritarian control. In both ethnic groups supportive presence, clarity of instruction, authoritative control, and low intrusiveness loaded on one factor. No differences between ethnic groups were found in gender-differentiated parenting. Maternal emotional connectedness to the Turkish culture was associated with less authoritative control, whereas more use of the Turkish language was related to more sensitivity. Even though mean level differences in parenting behaviors still exist between second-generation Turkish immigrant and native Dutch mothers, the patterns of associations between parenting behaviors were comparable for both groups. This suggests that existing parenting interventions for native families may be applicable to second-generation Turkish immigrants as well. 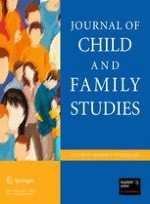