Efforts for early identification and intervention for children with AD/HD have necessitated the development of rating scales of behavior for the preschool population. The standardization, reliability, and validity data were presented for the ADHD Rating Scale-IV Preschool Version. Parent and teacher ratings were collected on 902 and 977 children 3 to 5 years of age, respectively. Raw scores for the Inattention, Hyperactivity/Impulsivity and Total scores were converted to T-Scores and percentile ranks. Reliability coefficients ranged from 0.80 to 0.95 indicating good test–retest reliability. Concurrent validity with the Conners Teacher Rating Scales: Revised-Short and Conners Parent Rating Scale: Revised-Short ranged from 0.54 to 0.96. The ADHD-Rating Scale-IV appears to be a reliable, valid and user friendly measure for screening preschoolers with behavior problems. Future research is needed to validate its widespread use as a screening and diagnostic tool. 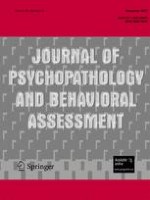