Patients with atrial fibrillation who undergo a coronary intervention are eligible for both anticoagulation and (dual) antiplatelet therapy ((D)APT). An optimal balance has to be found to reduce the thromboembolic risk (i.e. stroke, systemic embolism and myocardial infarction) and to minimise the increased risk of bleeding with concomitant use of an anticoagulant and (D)APT. Owing to a lack of evidence, the guideline recommendations are predominantly based on expert opinion. Current evidence indicates that the combination of a non-vitamin K oral anticoagulant (NOAC) and clopidogrel is safer than vitamin-K oral antagonists plus DAPT, which increases the risk of bleeding, without clear advantages in regard to efficacy. Concerning whether (N)OACs should be combined with single APT rather than DAPT, the findings of the WOEST, PIONEER AF-PCI and RE-DUAL PCI trials seem to favour a combination with clopidogrel only, thus omitting aspirin. Choosing the optimal treatment strategies for individual patients on NOACs and (D)APT will remain a challenge for clinicians, though triple therapy seems to be the less favourable option owing to the increased risk of bleeding. 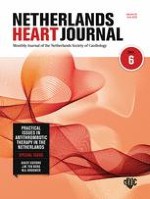 Cough up your lungs