On the Phone When We’re Hanging Out: Digital Social Multitasking (DSMT) and Its Socioemotional Implications | mijn-bsl Skip to main content
ZOEKEN MENU 1 2 3 4

Multitasking on digital devices during social interactions has become increasingly common, but research on this behavior is far from thorough. Expanding on literature of phubbing and technoference, the authors proposed a theoretical framework, digital social multitasking, defined as performing technology-based multitasking during a social interaction, to study the behavior. This mixed-methods study focused on one type of digital social multitasking: phone use during a face-to-face interaction with a friend. Self-report survey data were collected from 222 college students (Mage = 19.87; 82% female; 45% Black or African American, 43% White or European American). Results showed that digital social multitasking mostly took place when the face-to-face interaction was casual, and the majority of the phone-based activities were shared between the participant and the friend. Participants did not hold a negative view of their own or friend’s digital social multitasking, but when they saw their own multitasking as distracting or friend’s multitasking as dismissive, they reported lower friendship quality and higher loneliness. The level of one’s own and friend’s multitasking did not directly associate with friendship quality and loneliness; they only indirectly associated with the well-being outcomes via negative perception of the behavior. Friend’s digital social multitasking had stronger associations with poor socioemotional well-being when the face-to-face interactions were serious in nature. Overall, the socioemotional implications of college emerging adults’ phone use during peer interactions did not seem as alarming as what many may have believed, and the implications were contingent upon the context of the behavior.
vorige artikel The Role of Social Support in the Association between Childhood Adversity and Adolescent Self-injury and Suicide: Findings from a Statewide Sample of High School Students
volgende artikel Cross-Cultural Examination of Links between Parent–Adolescent Communication and Adolescent Psychological Problems in 12 Cultural Groups 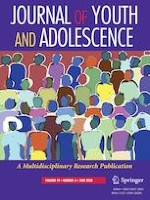 The Role of Perceived Inter-Ethnic Classroom Climate in Adolescents’ Engagement in Ethnic Victimization: For Whom Does it Work?

The Role of Social Support in the Association between Childhood Adversity and Adolescent Self-injury and Suicide: Findings from a Statewide Sample of High School Students