» Toegang tot de volledige tekst krijgen
We sought to investigate the relationships between negative family factors such as insecure attachment and adverse parental rearing, and internalizing and externalizing symptoms in a large sample of non-clinical children (N = 237) aged 9 to 12 years. All children completed a set of self-report questionnaires including a single-item measure of attachment style towards the mother and the father as well as an index of perceived parental rearing behaviors. Further, measures of internalizing symptoms (e.g., anxiety and depression) and externalizing symptoms (e.g., aggression) were completed. Results showed that perceived rearing behaviors of both mother and father (in particular rejection and anxious rearing) consistently accounted for a significant proportion of the variance in internalizing and externalizing symptoms. Attachment style was found to play a less prominent role. Some support for gender-specific relationships was found, indicating that the presence of negative family factors in fathers had more impact on symptoms in boys, whereas the presence of such factors in the mothers had more influence on symptoms in girls. Altogether, these results suggest that in addition to common pathways by which both parents promote psychopathological symptoms in children, there may also be separate pathways by which the father or the mother may have a unique impact on the development of such symptoms in boys or girls respectively. 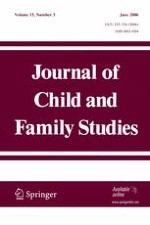 Racial Socialization Experiences and Symptoms of Depression among Black Youth