Understanding the determinants of racial/ethnic disparities in adolescent sexual risk behavior is important given its links to the differential risk of teen pregnancy, childbearing, and sexually transmitted infections. This article tests a contextual model that emphasizes the concentration of neighborhood disadvantage in shaping racial/ethnic disparities in sexual risk behavior. We focus on two risk behaviors that are prevalent among Black and Hispanic youth: the initiation of sexual activity in adolescence and the number of sex partners. Using data from the 1997 National Longitudinal Study of Youth (N = 6,985; 48 % female; 57 % non-Hispanic White) evidence indicates that neighborhood disadvantage—measured by concentrated poverty, unemployment rates, and the proportion of female-headed households—partially explains Black and Hispanic disparities from Whites in the odds of adolescent sexual debut, although the prevalence of female-headed households in neighborhoods appears to be the main driver in this domain. Likewise, accounting for neighborhood disadvantage reduces the Black-White and Hispanic-White disparity in the number of sexual partners, although less so relative to sexual debut. We discuss theoretical and practical implications of these findings. 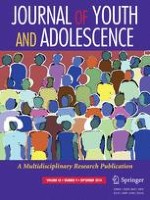