This study examined intervention outcomes for mothers and their preterm infants. The objective was to evaluate the effects of the parenting intervention Baby Triple P (BTP) for parents’ of very preterm infants (<32-weeks gestational age), on the quality of the mother–infant relationship and a mother’s attachment and responsiveness to her infant at 6-weeks and 12-months corrected-age. A randomized controlled trial was conducted with 120 families being randomly assigned to the BTP or Care as Usual groups. The primary outcome was the quality of the mother-very preterm infant relationship which was evaluated in a mother-infant observation and measured by the Emotional Availability Scales. Secondary outcomes were maternal attachment as measured by the Maternal Postnatal Attachment Scale and maternal responsiveness as measured by the Maternal Infant Responsiveness Instrument. The results showed that at 6-weeks corrected-age, no significant differences were found between groups on the outcome measures. At 12-months corrected-age, the Care as Usual mothers scored significantly higher for self-reported maternal attachment compared to the BTP mothers. This study found no evidence that BTP improved the quality of the mother-very preterm infant relationship, maternal attachment or responsiveness at 6-weeks corrected-age or 12-months corrected-age. Results will be examined at 24-months corrected-age to determine if BTP impacts on child behavior, emotional problems, cognitive development, language and motor abilities. 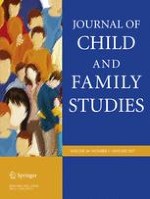 HIV/AIDS and Psychosis: Needs, Challenges, and Support of Affected Mothers