Love for a Marriage Story: The Association Between Love and Marital Satisfaction in Middle Adulthood | mijn-bsl Skip to main content
ZOEKEN MENU 1 2 3 4 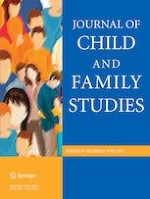 Risk and Protective Factors in Child-to-Parent Violence: A Study of the YLS/CMI in a Spanish Juvenile Court

Burden and Growth during COVID-19: Comparing Parents of Children with and without Disabilities

Is It OK If Mommy Dates? The Influence of Mother’s Post-Divorce Dating Transitions for Children’s Behaviors

Developing a Valid and Reliable Cross-cultural Measure of Coparenting Conflict between Divorced Parents: The Portuguese Version of the Acrimony Scale