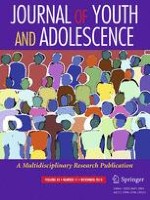 Barrie Gunter: Media and the Sexualization of Childhood