Studies have shown that discrepancies (relative concordance or discordance) between parent and adolescent ratings are predictive of problem behaviors; monitoring, in particular, has been consistently linked to them. The current study tested whether discrepancies in perceptions of maternal monitoring, rated by mothers and youth at age 12, foretold delinquency (rule breaking) at age 15, and whether parental closeness and conflict predicted higher discrepancies, and indirectly, higher delinquency. The final study sample used the NICHD longitudinal dataset with N = 966 youth (50.1 % female) and their mothers (80.1 % European American, 12.9 % African American, 7 % other ethnicity). The analytic approach consisted of an extension and application of the Latent Congruency Model (LCM) to estimate monitoring discrepancies as well as age 15 delinquency scores. Findings showed that age 12 monitoring discrepancy was predictive of age 15 delinquency for both boys and girls based on youth reports, but not for maternal reports. Age 11 closeness predicted age 12 monitoring discrepancy, which served as a mediator for its effect on age 15 adolescent-reported delinquency. Thus, based on the rigorous LCM analytic approach which seeks to minimize the effects by competing explanations and to maximize precision in providing robust estimates, rates of perceived discordance in parenting behaviors during early adolescence matter in understanding variability in adolescent delinquency during middle adolescence.
volgende artikel Etiological Influences on Perceptions of Parenting: A Longitudinal, Multi-Informant Twin Study 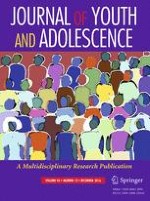 Christopher A. Mallett: The School-to-Prison Pipeline: A Comprehensive Assessment

Sheri Pickover and Heather Brown: Therapeutic Interventions for Families and Children in the Child Welfare System

Adolescent Loneliness and Social Skills: Agreement and Discrepancies Between Self-, Meta-, and Peer-Evaluations