Laurie Schaffner’s new book, Girls in Trouble with the Law, represents one of the first efforts at examining the general state of juvenile female delinquency since Meda Chesney Lind and Randall Shelden’s groundbreaking text, Girls, Delinquency and Juvenile Justice (Chesney-Lind and Shelden 1992). Unlike Chesney-Lind’s text, however, Schaffner’s book is equal parts sociological reflection and storytelling. Using primarily life history interviews with adjudicated girls in four states as well as ethnographical data on eight young women, the book allows girls to tell their own stories, using their words, experiences, artwork, and poems to shape the content of the sociological analysis. The result is a text that offers intentional respect to the individual girl who finds herself embroiled in the juvenile justice system while still asserting the global argument that the root of girls’ systemic involvement is found in the prevalence of sexual violence in their lives, the role of “hyper-sexualization” in the culture and the reality of sexism and systemic bias in the juvenile justice system. …
vorige artikel David A. Wolfe, Peter G. Jaffe, and Claire V. Crooks, Adolescent Risk Behaviors: Why Teens Experiment and Strategies to Keep Them Safe
volgende artikel Maureen Drysdale, B. J. Rye, Taking Sides: Clashing Views in Adolescence 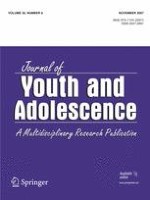