In Therapy Quest: An Interactive Journey Through Acceptance and Commitment Therapy, Janina Scarlet presents a self-help program for young readers struggling with their psychosocial demons. At first glance, this book is similar to Scarlet’s previous endeavors— Superhero Therapy (Scarlet 2016; Fradkin 2017a, 2018) and Harry Potter Therapy (Scarlet 2017; Fradkin 2017b)—in its devotion to Acceptance and Commitment Therapy (Hayes et al. 1999). While the content may be similar, Scarlet’s latest breaks new ground. The book is a journey through a fantasy world, in which different paths/decisions influence the outcome of the reader’s journey. As such , Therapy Quest is non-traditional in format. It is structured as a role-playing game. For those questioning the legitimacy of a role-playing game as a treatment tool, it should be mentioned that research on table-top role-playing games has found them to have a positive influence on social skills development in children (Blackmon 1994; Rosselet and Stauffer 2013; Zayas and Lewis, 1986). …
vorige artikel Nancy E. Dowd: Reimagining Equality: A New Deal for Children of Color 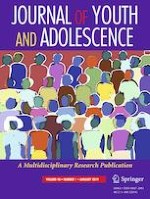 The Consequences of Adolescent Delinquent Behavior for Adult Employment Outcomes

Ethnic Identity in Diverse Schools: Preadolescents’ Private Regard and Introjection in relation to Classroom Norms and Composition