Seven hundred and thirty nine adults in Chieti, Italy completed an anonymous and confidential paper and pencil survey regarding their childhood exposure to 20 parental loyalty conflict behaviors (one parent made untrue and negative statements about the other parent, one parent asked the child to keep secrets from the other parent, and the like), psychological maltreatment (spurning, terrorizing, and the like), and measures of current functioning (self-esteem, attachment, character, and symptoms). Results revealed high levels of reported exposure to parental loyalty conflict behaviors, with elevated levels in those whose parents divorced/separated and those who reported that—regardless of marital status—their parents’ relationship at its worst was “very bad.” Rates of 19 specific loyalty conflict behaviors were higher in those who reported that one parent tried to turn them against the other parent. Overall rates of reported exposure to parental loyalty conflict behaviors were statistically significantly associated with exposure to psychological maltreatment as well as the four measures of current well-being and functioning. The pattern of findings supports the theory that children’s exposure to parental conflict has detrimental effects on their long-term functioning and poses a significant risk factor for adult well-being. Implications for primary, secondary, and tertiary prevention are discussed. 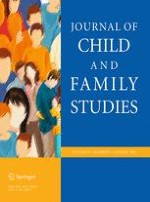 Parenting Practices, Children’s Peer Relationships and Being Bullied at School