This study evaluates whether a sedentary lifestyle is an independent predictor for increased mortality after elective cardiac surgery.

Three thousand one hundred fifty patients undergoing elective cardiac surgery between January 2007 and June 2012 completed preoperatively the Corpus Christi Heart Project questionnaire concerning physical activity (PA). Based on this questionnaire, 1815 patients were classified as active and 1335 patients were classified as sedentary. The endpoints of the study were hospital mortality and early mortality.

Sedentary patients were older, obese and had a higher EuroSCORE risk. They had significantly more postoperative complications, higher hospital mortality and early mortality. Despite these results, sedentary behaviour could not be identified as an independent predictor for hospital or early mortality. 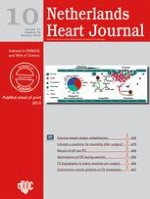 Optimisation of cardiac resynchronization therapy in clinical practice during exercise