AIDS is the leading killer of African Americans between the ages of 25 and 44, many of whom became infected when they were teenagers or young adults. The disparity in HIV infection rate among African Americans youth residing in rural Southern regions of the United States suggests that there is an urgent need to identify ways to promote early preventive intervention to reduce HIV-related risk behavior. The Strong African American Families (SAAF) program, a preventive intervention for rural African American parents and their 11-year-olds, was specially designed to deter early sexual onset and the initiation and escalation of alcohol and drug use among rural African American preadolescents. A clustered-randomized prevention trial was conducted, contrasting families who took part in SAAF with control families. The trial, which included 332 families, indicated that intervention-induced changes occurred in intervention-targeted parenting, which in turn facilitated changes in youths’ internal protective processes and positive sexual norms. Long-term follow up assessments when youth were 17 years old revealed that intervention-induced changes in parenting practices mediated the effect of intervention-group influences on changes in the onset and escalation of risky sexual behaviors over 65 months through its positive influence on adolescents’ self-pride and their sexual norms. The findings underscore the powerful effects of parenting practices among rural African American families that over time serve a protective role in reducing youth’s risk behavior, including HIV vulnerable behaviors. 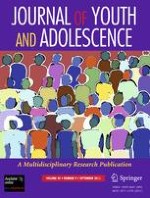