The current study is based on the same data set as the previously published paper (Brocki et al. 2007).
This study was supported by a grant from The Bank of Sweden Tercentenary Foundation.

The present study, including children at risk for developing Attention Deficit Hyperactivity Disorder (ADHD), examined the idea that complex executive functions (EFs) build upon more simple ones. This notion was applied in the study of longitudinal interrelations between core EF components — simple and complex inhibition, selective attention, and working memory (WM) — at age 5 and 6 as well as their predictive relations to ADHD symptoms at age 7. The results showed that simple inhibition and selective attention at age 5 independently predicted complex inhibition and WM at age 6. In addition, EFs primarily predicted symptoms of inattention rather than hyperactivity/impulsivity even at this young age. Finally, age 6 complex inhibition was shown to act as a mediator in the relations between simple inhibition and selective attention at age 5 and symptoms of inattention at age 7. These findings provide novel longitudinal support for the theory that fundamental EF components show a progression with age toward more complex executive control (see Garon et al. Psychological Bulletin 134(1):31–60 2008). Further, complex inhibition, implicating both inhibition and WM, seems to be a particularly strong correlate of ADHD symptoms in young children and should as such be the focus of future studies examining the relation between cognitive function and ADHD symptoms from a developmental perspective. 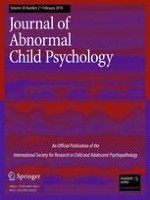