This study examined the effects of neighborhood context on juvenile recidivism to determine if neighborhoods influence the likelihood of reoffending. Although a large body of literature exists regarding the impact of environmental factors on delinquency, very little is known about the effects of these factors on juvenile recidivism. The sample analyzed includes 7,061 delinquent male juveniles committed to community-based programs in Philadelphia, of which 74% are Black, 13% Hispanic, and 11% White. Since sample youths were nested in neighborhoods, a hierarchical generalized linear model was employed to predict recidivism across three general categories of recidivism offenses: drug, violent, and property. Results indicate that predictors vary across the types of offenses and that drug offending differs from property and violent offending. Neighborhood-level factors were found to influence drug offense recidivism, but were not significant predictors of violent offenses, property offenses, or an aggregated recidivism measure, despite contrary expectations. Implications stemming from the finding that neighborhood context influences only juvenile drug recidivism are discussed. 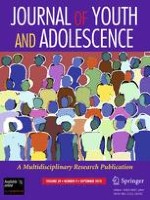 Effects of Alcohol on Trajectories of Physical Aggression Among Urban Youth: An Application of Latent Trajectory Modeling