The natural emergence of status hierarchies in adolescent peer groups has long been assumed to help prevent future intragroup aggression. However, clear evidence of this beneficial influence is lacking. In fact, few studies have examined between-group differences in the degree of status hierarchy (defined as within-group variation in individual status) and how they are related to bullying, a widespread form of aggression in schools. Data from 11,296 eighth- and ninth-graders (mean age = 14.57, 50.6 % female) from 583 classes in 71 schools were used to determine the direction of the association between classroom degree of status hierarchy and bullying behaviors, and to investigate prospective relationships between these two variables over a 6-month period. Multilevel structural equation modeling analyses showed that higher levels of classroom status hierarchy were concurrently associated with higher levels of bullying at the end of the school year. Higher hierarchy in the middle of the school year predicted higher bullying later in the year. No evidence was found to indicate that initial bullying predicted future hierarchy. These findings highlight the importance of a shared balance of power in the classroom for the prevention of bullying among adolescents.
vorige artikel From the School Yard to the Squad Car: School Discipline, Truancy, and Arrest
volgende artikel Social Status Attainment During the Transition to Adulthood 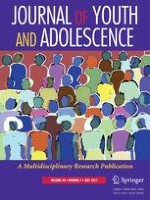 Subjective Social Status, Immigrant Generation, and Cannabis and Alcohol Use Among Adolescents