Peer victimization is a common problem among adolescents that has been linked to a variety of adjustment problems. Youth involved in peer victimization represent a heterogeneous group who may differ not only in their levels of victimization and perpetration, but also in the factors that influence their behavior. The current study used latent class analysis (LCA) to identify subgroups of aggressive and victimized youth, and to examine social-cognitive and environmental factors that differ across these subgroups. Participants were a predominantly African-American (i.e., 68 %) sample of 502 sixth, seventh, and eighth graders (45 % male, Mean age = 12.6 years) attending three urban public middle schools, who completed self-report measures of aggression, victimization, and associated individual and contextual factors. LCA identified four classes of adolescents representing non-victimized aggressors, aggressive-victims, predominantly victimized youth, and well-adjusted youth. Class differences were found on measures of beliefs supporting fighting, beliefs against fighting, perceived effectiveness of inept nonviolent responses to conflict, behavioral intentions to engage in aggressive and nonviolent behavior, self-efficacy for nonviolent behavior, and peer and parental support for aggression and nonviolence. For example, within the two classes of victimized youth, aggressive-victims reported greater intentions to engage in physical aggression and inept nonviolent behavior, and were more likely to agree with beliefs supporting the use of instrumental and reactive aggression, and beliefs that fighting is sometimes necessary compared to predominantly victimized youth. These findings emphasize the importance of developing preventive interventions that target the specific needs of distinct subgroups of adolescents. 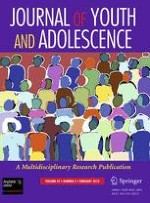 The Role of the School Environment in Relational Aggression and Victimization