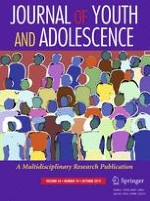 Chronic Generalized Harassment During College: Influences on Alcohol and Drug Use

Differential Susceptibility: The Genetic Moderation of Peer Pressure on Alcohol Use

Gender Differences in the Effect of Depressive Symptoms on Prospective Alcohol Expectancies, Coping Motives, and Alcohol Outcomes in the First Year of College

Religiousness and Levels of Hazardous Alcohol Use: A Latent Profile Analysis

Prospective Effects of Family Cohesion on Alcohol-Related Problems in Adolescence: Similarities and Differences by Race/Ethnicity