In the Seen Just the Seen: Mindfulness and the Construction of Experience | mijn-bsl Skip to main content
ZOEKEN MENU 1 2 3 4

In this article, I relate findings in cognitive psychology on the constructed nature of experience to related notions in early Buddhist thought, which recognize the degree to which the mind influences sensory perception. In particular, I take up the doctrinal teaching of dependent arising in its bearing on the reciprocal relationship between consciousness and name-and-form. I complement this by turning to the role of the mind as a forerunner of all things and to the impact of affect, in the form of “feeling,” on the arising of craving (another aspect of the doctrine of dependent arising). Based on these explorations, I examine the notion of “bare awareness” as a mode of practice already recognized in early Buddhist thought. From an early Buddhist viewpoint, the cultivation of mindfulness can help to become aware of, and avoid being carried away by, the influence of mental construction on experience, resulting in the ability to remain just with what is seen in the seen.
vorige artikel The Experience of Racism on Behavioral Health Outcomes: the Moderating Impact of Mindfulness
volgende artikel Effects of the Mindfulness-Based Stress Reduction Program on Mind Wandering and Dispositional Mindfulness Facets

Titel
In the Seen Just the Seen: Mindfulness and the Construction of Experience
Auteur
Bhikkhu Anālayo 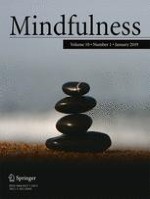 Phenomenological Research Fails to Capture the Experience of Nondual Awareness

Meditation and Secondary Prevention of Depression and Anxiety in Heart Disease: a Systematic Review